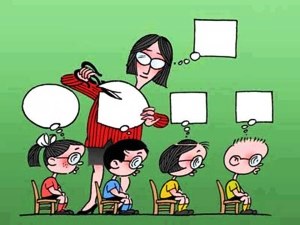 Did you know that India has one of the largest student populations in the entire world which stands at 315 million? Out of this large number 120 million of them are in the age group of 18-22 years.

The biggest asset that our nation has are its people. Because of its large population India has one of the largest untapped human resource potential. The keyword here is untapped. There have been slight improvements in the enrollment rates and literacy rates over the past decade in primary, secondary and tertiary levels of education. The government has opened various skill development programs.

But India still has one of the highest dropout rates in secondary and tertiary levels. Every year thousands of highly educated students leave India for better educational and job opportunities. Over 30 million of the youth are unemployed. Our results in higher education is not very great either. According to the survey conducted by Aspiring Minds, less than seven percent of the engineers are employable.

There are many disparities in the Indian Education system which will force the system to collapse under the changing industrial requirements in the next ten years. Unless certain structural and fundamental changes are not made in the system, it is going to become even harder for the Indian youth to find employment to live a decent life.

According to me, there are three main stakeholders in the education system; the students, schools and the society. It is very important to create a win-win-win model to make sure that each of the stakeholders progress. Because our current system cannot sustain the changes in technology and provide value to its stakeholders.

Currently there are various issues associated with each stakeholder.
The students are placed in a rote-learning system where a ‘chalk-and-talk’ strategy is followed. Most of the times the students have to spend hours listening to the continuous droning of the teachers in an environment where there is little scope for interactions, out-of-box thinking and questioning. Education has become a fast-paced rat race where there is no scope for failure. The students are forced to focus on finding answers rather than understanding how they are doing it. On top of it there is the obsessive fear of falling behind or not being able to please one’s parents with high scores, which puts students under unimaginable amounts of stress at such a young age.

The current system has forced students to assume that they have to always get the highest scores, whether it comes by understanding the concepts or by rote learning. Another major problem with students is the information gap regarding the various career opportunities. They are usually forced to choose between engineering and medical. I myself faced this issue when I was finishing my tenth grade. Since I got good scores in science and maths, it was very obvious to everyone around me that I would be aiming for an IIT to pursue engineering. And the little me who had no idea what the world had in store for me simply accepted the decision rather than trying to at least explore the different options that I had.

In fact gender discrimination also shows its face here. It is a common understanding that if it is a girl, she must become a doctor and a guy should be an engineer. A student’s life ends right the day they are enrolled in the school. There is this distant dream that they get to choose their careers but it is all a sham.

The schools on the other hand are confronted by their own issues. The government schools often have to work on minuscule budgets which can barely cover the fees of the staff, let alone the infrastructure of the schools. There are usually large vacancies in most govt. schools or they are filled with incompetent or unmotivated teachers. The job of a teacher is often associated with failure in other prospects and is seen as the last employment option by the general public. Despite the role of the teachers as nation builders, their pay and perks is a joke. There is hardly any sense of pride or motivation to perform among the teaching community. The private schools have evolved to become huge businesses worth thousands of crores. They selectively take in students who can perform really well or whose parents can afford to pay huge fees. Education is just a business for such organisations. The true intent of education which is to build and develop the future citizens of India who can work for themselves to sustain their life is lost.

The society is not far behind when it comes problems. The society refers to everyone including the government excluding the students and the schools.

It is hard to sometimes understand how our parents who are part of the society can be detrimental to the education system. But parents too sway according to what the society expects them to do. There is so much hero worship associated with a student completing their education from one of the IITs, IIMs or AIIMs that parents make it their life’s mission to see their kid in those institutes. It is okay to have dreams about your child, but to impose that on them from an age as early as eighth grade is just preposterous. This article is not meant to trash the parental affection or their sense of security towards the child. But it is rather that they see that even if in the short run they force their kids to do something that they are not interested in then in the long run the kid will end up resenting the parents for making all their life choices.

I marvel at how much the society influences the future of the youth. If a child decides to take up arts or management for his studies, immediately there are going to be ten different neighbours (that you never knew existed!) ready to point out how the decision is a huge mistake. The judgemental attitude of the society and the inability of parents and children to hold their own is one of the biggest tragedies in India. It is sad that the best and brightest minds after being educated in India move overseas, tired of the lack of research or job options and the never ending bureaucracy in the Indian system. This phenomenon called the ‘Brain Drain’ is eroding the excellent capabilities and the potential in India.

There is a huge fault with the government too. India spends 3.71 percentage of its GDP in education which is very low for a country that has such a large pool of unskilled labour and wishes to become an economic powerhouse. As per the BRICS Joint Statistical Publication for 2015, India had spent the least amongst the peer nations on education. There is some hope in the fact that government has allotted more funds to various schemes like Sarva Shiksha Abhiyaan, Rashtriya Madhayamik Shiksha Abhiyan and Mid-day meal scheme. But we still have a long way to go when it comes to implementing changes on the ground. The absence of enough jobs in the different fields is also one of the reasons why education has become a rat race where everyone is just focussed on two or three different education streams.

There are many issues that need to be taken care of for each stakeholder. We need to bring value to all of them to make sure that the nation progresses as one. We need a three pronged approach if we even want to solve this crushing problem that this nation faces.

And unless we take concrete steps to steady the stumbling Indian education system, the system will collapse one day taking away everything that we hold dear to!

He is a writer by heart and an engineer by chance. He loves to write poetry, read novels and is a staunch believer of the Macro.