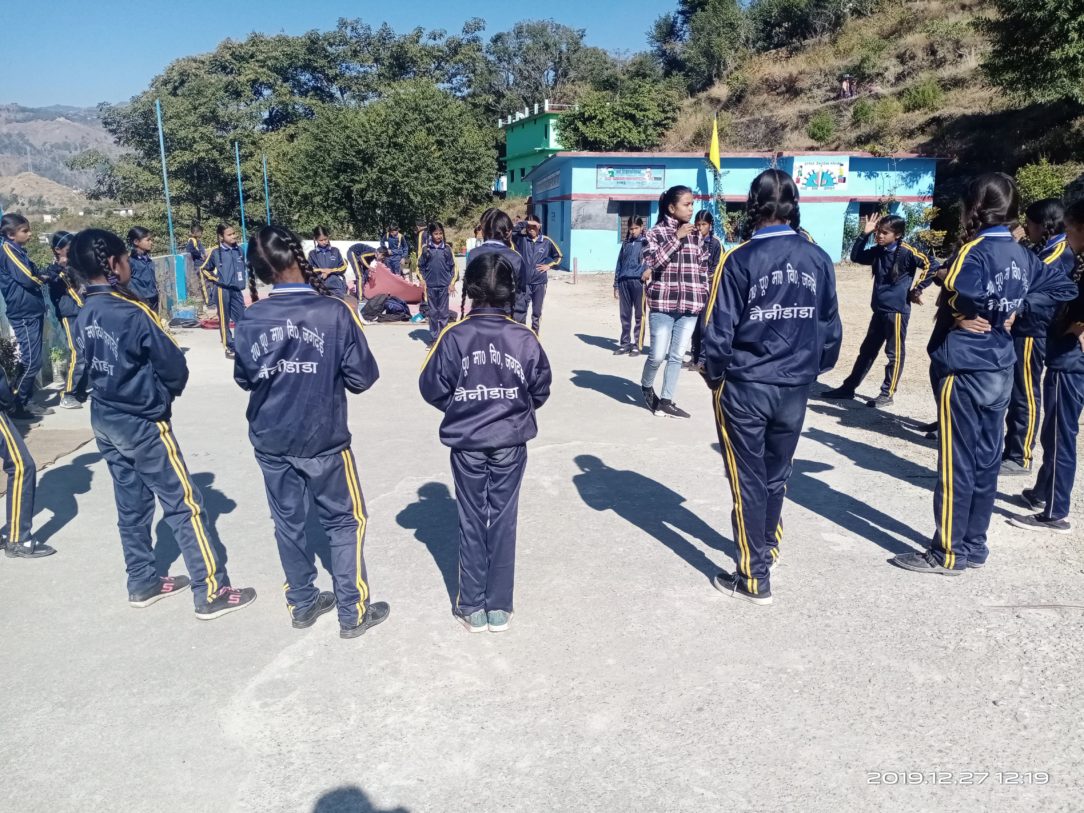 With violence against women on the rise in India, not only in major cities but also at local and regional levels in the country, there was a need to tackle it head on. One of the aspects through which it can be done is self-defence. Though self-defence emphasizes upon the physical aspect, it also empowers them mentally and gives them agency in dealing with these situations. This need for empowering women/girls both physically and mentally through self-defence was also felt at the local level and a curriculum on self-defence was introduced in a government school of Uttarakhand, where Beyond Eye collaborated in conducting self-defence classes.

Engaging with 60 adolescents, these three – hour long self-defence classes were held over a period of three months (from December 2019 to February 2020) – four days a month. These adolescents were in the age group of 12-15 years and included largely females, though some adolescent males of this age-group were also included because it was considered important to initiate conversation on self-defence with them as well as adolescent boys are also vulnerable to abuse. These classes were conducted in two government schools of Uttarakhand – Government Junior High School, Jagdae and Government School, Bharatpur. As stated above these classes were three hours long out of which one hour was for practice. This practice session after each class was deemed necessary to assess the grasp of the participants over these classes. The adolescents participated in these classes with enthusiasm which was also visible on their parents who commented that self-defence is vital for their children and allows them to become confident.