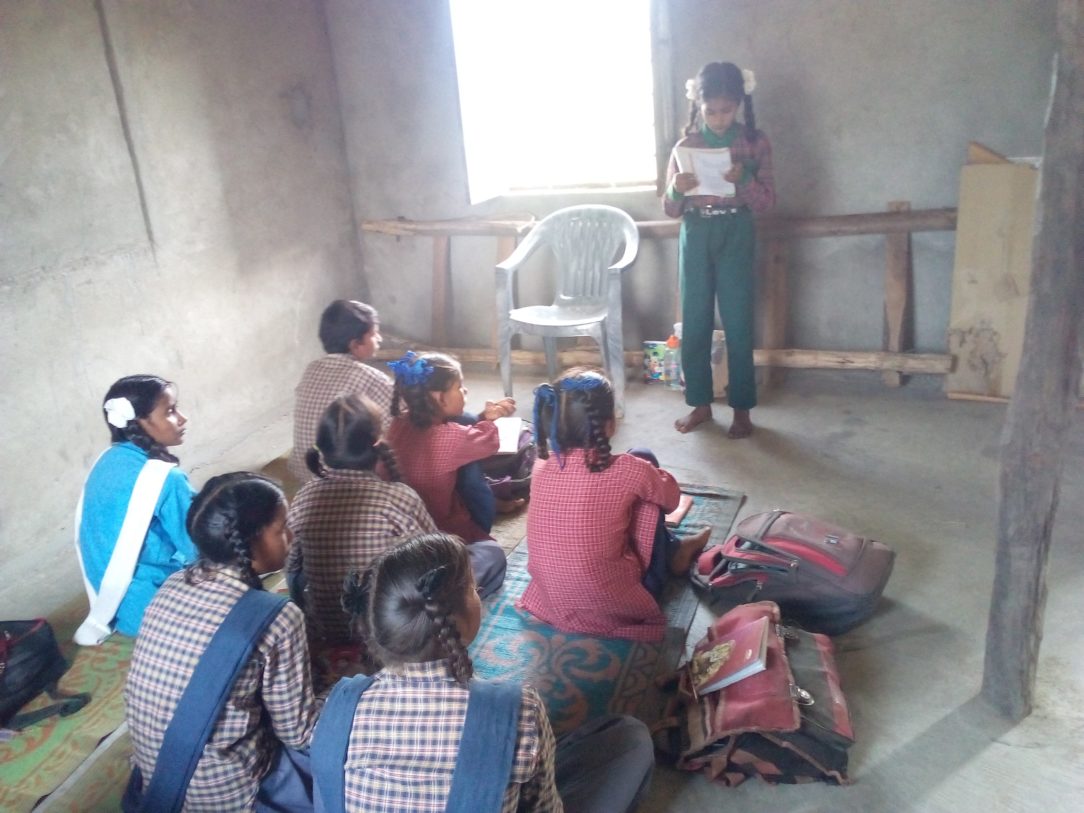 Beyond Eye conducted a need assessment with the 30 adolescents of a Rajkiya Uchch Prathamik Vidyalaya, Sunderkhal, Uttarakhand school (between the age group of 10-14 and from classes 6th – 8th), during which some of the issues faced by the students were identified. This school is situated in Sunderkhal, Uttarakhand and is surrounded by a forest. This area is also one of the less populated and under-developed regions of Uttarkhand. The adolescents who come to study here are from nearby areas and from families which themselves lack access to basic amenities and are also not capable enough to support them with their studies, which makes them highly dependent on this school.

Some of the issues faced by the adolescents studying in the school included lack of basic amenities like electricity, basic infrastructure – as the school itself has only one small room, no toilets, no proper water supply. Apart from this there are only two male teachers for these three classes which also hampers quality of teaching as well as learning. Further, there isn’t any proper studying space which is coupled by a lack of chairs or tables. Majority of the time, the adolescents of all three classes have to sit together and study in one room, which impacts their studies and learning abilities.

This lack of basic amenities as well as quality of teaching and learning, results in some of these adolescents not being able to read and write in Hindi, which is also the language of their curriculum. These 13 adolescents were identified and were given interactive remedial classes on reading and writing in Hindi. These classes were held twice every week on Wednesdays and Fridays over a span of four months, from October 2019 – January 2020, keeping in mind the schedule of their other classes. The result of this was that these adolescents were able to comfortably read and write in Hindi.