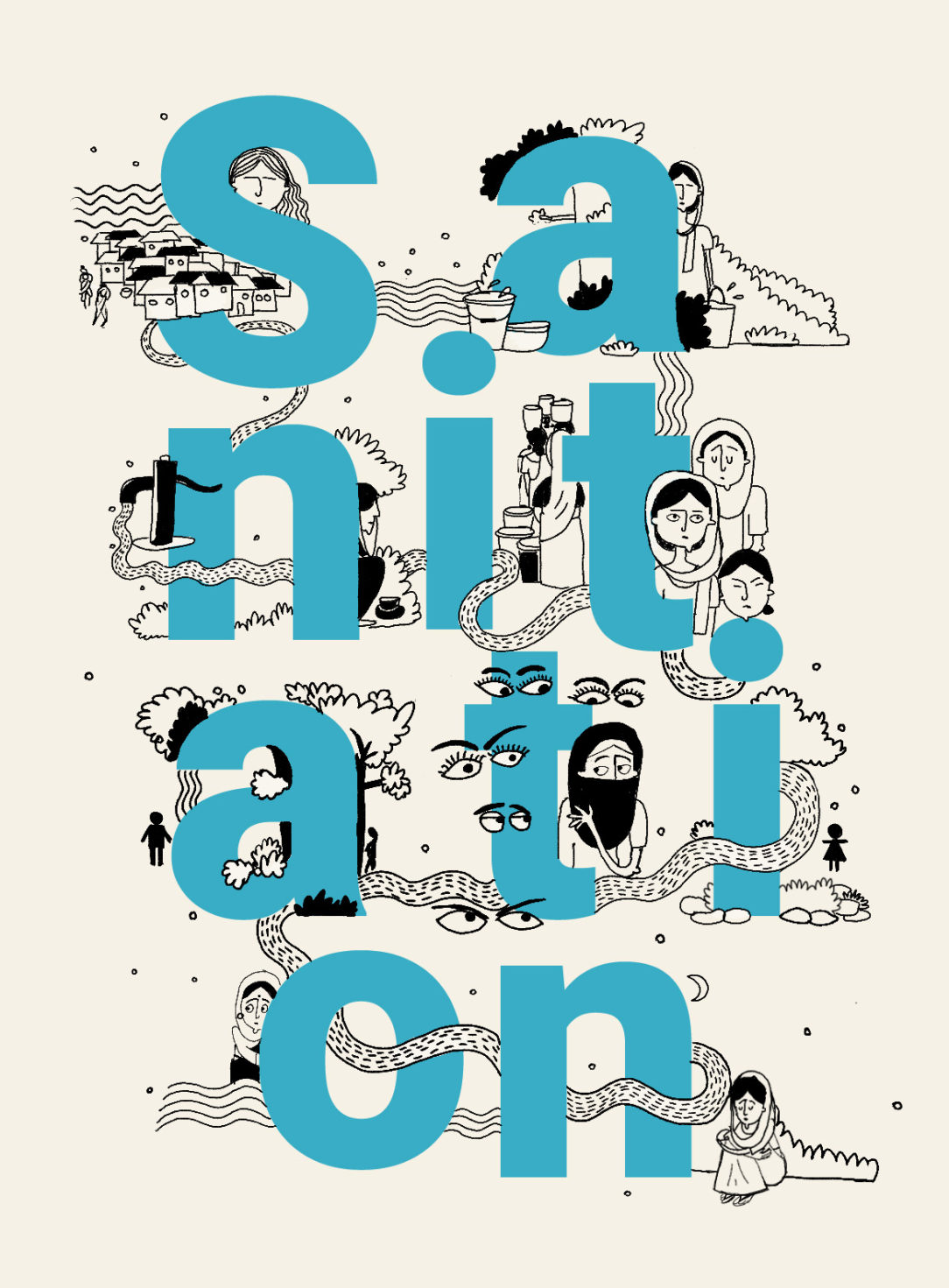 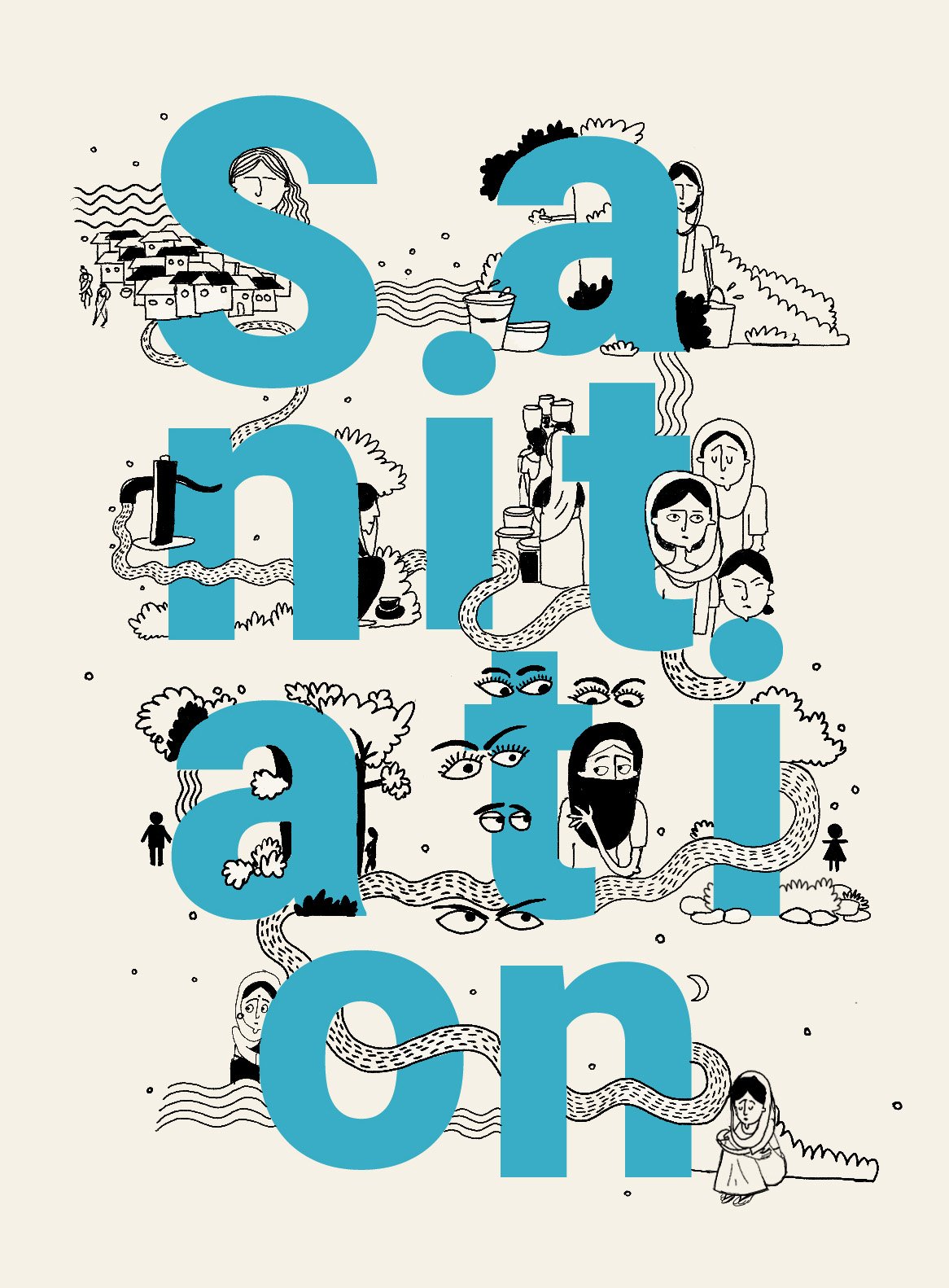 “Things will remain the way they are until and unless you do something that changes the way the situation is around you,” says Kunta, a 50 year resident of JJC Indira Camp, Nehru Nagar in the eastern region of New Delhi.

Located a few kilometers from Jal Vihar, one assumes that water; the most essential element for survival won’t be a concern for the residents of this settlement. The answer is inter-layered with strands that point towards other underlying issues that the community faces.

Stepping inside, one of the glaring pictures witnessed is that of water from the pipes lining the walls free flowing due to the non-existence of any regulators mechanism in place. This is an issue as due to the overflow, the water often enters into the houses of the residents.

“Water is always free-flowing here and nobody seems to care much about it. We are willing to pay for the water. Put a meter for regulation purposes but don’t waste the water. It’s precious and there are many who don’t get even the bare minimum” says Maya, a 60-year-old resident and one of the many women from the community who work with nature in the most
intimate manner on a daily basis.

Stepping further into the community, the issue of overflowing water transforms into a different problem for those who live in the interior area of the community. The intersecting issue becomes the problem of sanitation.

The issue of waste disposal, one that led to the issue of clogged drains is contested in the community. “Those who live in the outer section (entrance area) do not have any problems like the way we do. They have access to the garbage disposal area which the municipal vehicle clears regularly. Because we live away from the entrance, we have to throw our wastes on an open area but unfortunately, no municipal vehicle comes to collect the waste from there,” says Kunta.

The water pipes that give water supply to houses come on specific time. They only come at 4 am in the morning and all the water requirements for the day needs to done by then. The water lines, however, fall inside the drainage paths. If a water pipe bursts, the water that reaches the connected houses becomes contaminated. Complains to the local authorities are often met with disdain as finding people who are willing to work in contaminated water logged issues is difficult due to the social implications of being labeled as a manual scavenger.

Speaking of the Swachh Bharat Mission, the ambitious programme launched by the Prime Minister, Narendra Modi that aims to clean the streets, roads and infrastructure of India, its implementation in the community in Nehru Nagar has been a failure.

“The issue is not without faults, we need to be conscious in our efforts to make sure that we keep our surrounding clean and hygienic. Every now and then some people come for Swachh Bharat come and talk about basic hygiene practices. But nobody really practices it. We are all responsible to the problem that surrounds us” says Kunta.

While the problems of sanitation and water disposable have diverse opinions according to the resident’s positioning inside the area, the one issue that affects everyone equally is the lack of toilets for the residents. The nearby jungle is the chosen space for defecation for the entire community.

“First of all, it’s disgusting and such a hassle. We have to finish all our daily defecation needs early in the morning. It is difficult to go at any other time during the day because the men are
usually loitering near the forest area. Second, during menstruation, it becomes more difficult because we have to go to the toilet more often but there are men who keep staring when we go to jungle during the daytime,” says Anjali, a 26-year-old resident.

The community has one public toilet that was built three years ago. However, the female residents do not feel safe using the public toilet and prefer to go the jungle alone. Previous incidents of girls that have been sexually harassed by men have turned many female residents against using the public facility. Apart from this, because there is no one who is responsible to clean the toilet; the filth gets accumulated and is a detrimental factor behind why the
residents don’t use the public facility.

The jungle is divided into two separate sections, the one of the left are for male and the one on the right are for females.

Harassment experienced by female residents is not exclusive to those who use the community public toilet. The jungle is considered unsafe to go alone at night or early morning as well. Because of this, females are advised to go with a friend or relative for safety purposes.