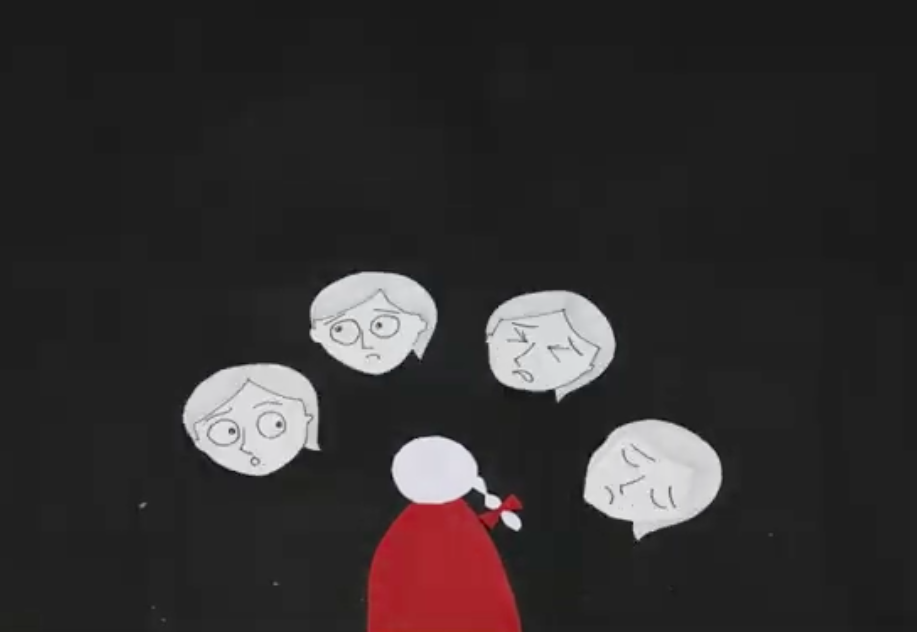 I come from Delhi, India and have been working in the domain of SRHR for last 8 years. My first encounter of realising the leader in me happened as a volunteer in an organisation . Engaging In building youth leadership, this space made me equipped with the language and confidence to open up WRT truly knowing my rights as a young person and thereby I started to on my journey of becoming a facilitator for gender and sexuality.

As I began to work with young women from low resource background communities as a trainer, my aim was to build leadership that not just stops at bringing awareness about the patriarchal set up in the society but also to empower these women by educating them of their rights. Moving forward as I delved deeper in my work I began to question and see the gaps not just systemically but also WRT the impact it has had on my own emotional and mental well being.

There came an awareness that limiting Identity related issues to rights can trigger conflicts within relationships and internally.

Let me share one story with you of this young woman who we can call here as Geeta. Geeta is a bold woman, who believes in speaking her truth and inclined on making her own decisions. Geeta comes from a slum area in the city of Delhi and belongs to a traditional indian lower class family. Through an organisation’s support she started to learn computer and also engaged in other workshops organised by this NGO around Sexual and reproductive health.

This introduced Geeta to the whole sphere of knowing herself, her body and how sexuality is controlled in the favor reproducing systems like patriarchy.

Geeta had a boyfriend about which the family didn’t know because this equation in her context is not encouraged at her home and would rather bring a backlash, as severe as being outcasted. Geeta’s boyfriend on having sex with her, to which she first said no. But soon she agreed but asked the guy to use condom. After much resistance, the guy agreed to her condition but in the middle of intercourse he removed the protection which led to Geeta getting pregnant.

being the trainer at the same NGO was introduced to Geeta at this point, where I accompanied her to the public health centre for abortion. Geeta was not just heartbroken but extremely scared, and to add to that the advice of the doctor and the counselor was to get married to that guy. Doctor with all the authority mentioned- how can you get pregnant after so many ways of contraception being available in the market. The space which should ideally have made her feel comfortable, instead brought in her a lot of guilt and self doubt. Geeta was emotionally shattered and didn’t know how to deal with it.

The point of sharing this story with you all is to bring to your notice that in the times of modernisation where human rights, sense of individuality and freedom have become important…it’s key to notice the harm that comes along these skewed narratives of freedom related concepts in the modern world. Though on one hand Geeta is savvy with the cool language of ‘my body my rights’ ‘having a bf’ ‘making out’ ‘hooking up’ ‘sleeping around’ but on the other hand she is mentally disturbed with the state she is in. Like Geeta, every other young person in India is feeling delusional because of the contradiction they face internally and externally between the world they are being exposed to and the lives they are living in.

This made me reflect on the narrative of empowerment that I have been operating from. And I believe a story like this calls out to educators and facilitators like us to design our interventions in a way such that they do not disassociate and alienate youth from their context in terms of their immediate circle of influencers, access to public services and experiences so far.

Yes, certainly it is important to light the fire of questioning one’s own patterns, priveleges, family and friends.. but it would be a futile fight if all this ends up in creating just the conflicts in the lives of young people. The invitation I give to myself and my friends reading this is to also equip youth with processes and tools for healing and emotional wellbeing. For I believe that it is tightly said- ‘when the flower doesn’t bloom, it’s not just the problem of the seed but mostly of the environment in which it grows’.