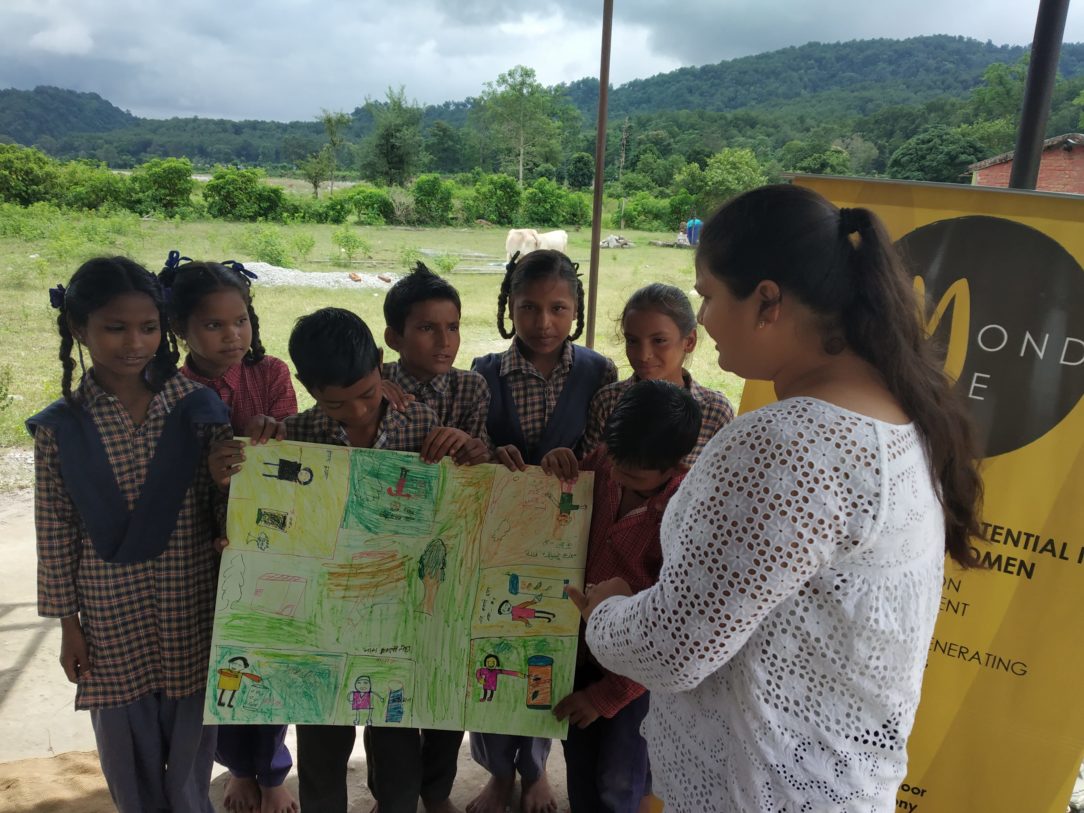 Beyond Eye conducted a need assessment with 30 adolescents of Rajkiya Uchch Prathamik Vidyalaya, Sunderkhal, Uttarakhand school in September 2019. The focus of this need assessment was to address and observe the themes of teamwork, respect as well as self-confidence. In order to assess and observe these themes, facilitators conducted activities with these adolescents. The following were the insights that emerged from these –

Therefore, on the basis of these insights and observations, it was clear that there was a lack of confidence, lack of teamwork spirit as well as lack of respect for each other. Hence, Beyond Eye conducted a series of workshops focusing on these particular life skills. These workshops were held between the months of September 2019 to January 2020, once a week. The activities chosen for these workshops were consciously kept interactive, engaging and reflective through the use of games and artwork, for example – group activity and games like Human Knot, chinese whisper, etc. These activities varied on a weekly basis however the underlying themes were consciously kept the same and repetitive as learning or acquiring of life skills is a process that takes place on a routinely basis.

Towards the end of these workshops, there was a visible improvement in their abilities to work in groups, grasping and listening as well as respecting what others were saying. Apart from this, the adolescents also overcame their fear of speaking in public and started becoming more vocal and expressive. There was also a visible shift in their confidence.