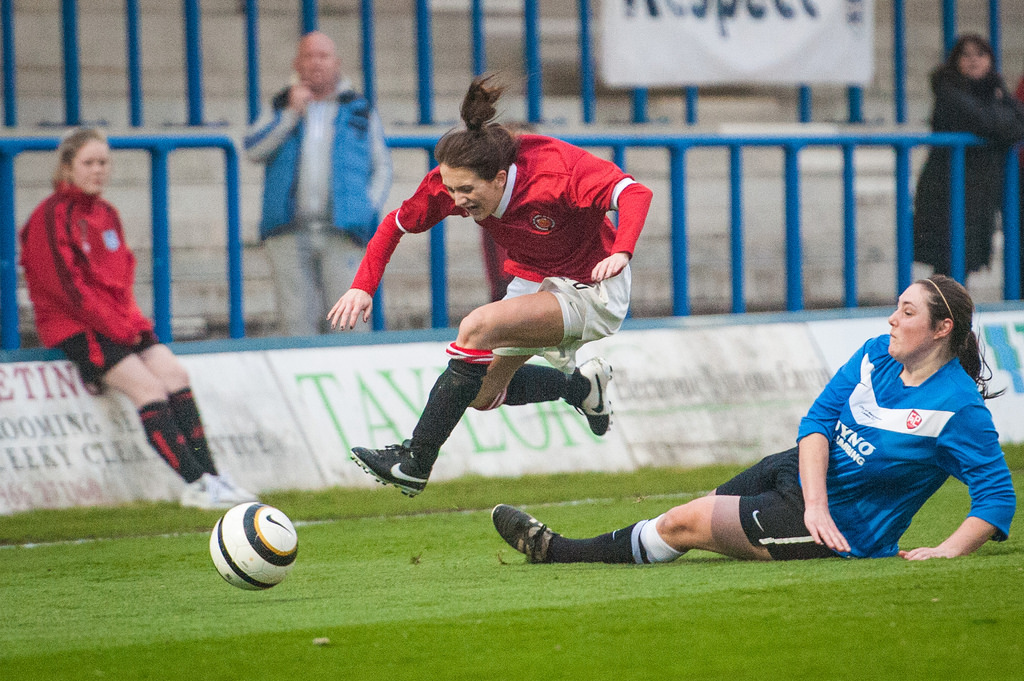 Is Football an answer to gender equality?

“The changes are so profound that, from the perspective of human history, there has never been a time of greater promise or potential peril.”

The aforementioned words of Klaus Schwab,, founder of World Economic Forum, may elicit an entire spectrum of responses. For some, they may get the alarm bells ringing, while for others, they may be a call to batten down the hatches. Other still may remain indifferent.

Schwab mentions these words in his book “The Fourth Industrial Revolution. What cannot be denied is that we are in the midst of the biggest technological revolution since the birth of electricity. Progress in advanced technologies has accelerated in the last decade leading to new solutions while creating fresh challenges.

It’s all very exciting to see, but the impact of the fourth industrial revolution on the livelihoods of people is a concern. Human skilling and reskilling do not take place with the breakneck pace of technological advances. As we hurtle towards technological metamorphosis, entire industries will get disrupted. Work as we know it can potentially change, and jobs may be lost. Take the example of cab drivers and pilots. With the rise of self-driving cars and self-driven planes, both professions may become redundant.

The effect of technological advancements on the macroeconomic sentiment in a country can already be seen in events such as the election of Donald Trump, Brexit, nationalistic and protectionist sentiments in Italy, France, Germany, and Hungary amongst other countries. People are losing jobs. People feel redundant. And people are angry.

To re-skill or not re-skill is the question for most leaders. In such a predicament, the silver lining is the creation of new jobs for the upcoming generations as technological advancements produce new industries.

The creation of new jobs is an opportunity to correct an injustice that has perpetrated for centuries and only recently is being recognized as such. The lack of participation of women at work may partly be put down to the physical nature of the jobs in the 19th and 20th century. Women, for years, were considered too “delicate” to do jobs that require “muscle and brawn.” The fourth industrial revolution comes at a point when the “muscle and brawn” jobs are being automated and jobs being based more on cognitive and metacognitive skills such as critical thinking, pattern-oriented thinking, interpersonal skills.

To take an example, as human-driven cars are replaced by self-driving cars in the next century, the traditional, male-dominated traffic-policeman job will be rendered redundant. Taxi hosts/hostesses, like air hosts/hostesses rather than taxi drivers, may become a common sight. As coal is replaced by solar, the sight of strong but unskilled labor hauling coal from mines will be consigned to history, and more skill-based jobs of maintaining solar plants will become the norm. The thing about life-skills is that unlike the jobs requiring “physical effort”, they leave no room for excuses to favor one gender or the other.

While the nature of jobs is changing, a revolution is taking place in society as the antiquated thought processes of human society with regards to females are giving way to a more modern mindset, and a recognition of the injustices committed with a desire to correct them.

The corporate boardrooms are slowly but steadily giving women their due as evidenced by General Motors, one of the bastions of the business Americana, appointing a female CEO and CFO. However, the progress remains slow and requires a shot in the arm for it to accelerate. The creation of new jobs and the general change in the nature of industries provides an opportunity to create opportunities sans the gender bias.

However, even if unbiased jobs are created, a mindset change is required in society about women doing jobs. The injustice being recognized is progress made. But the next step is being able to visualize and accept women in jobs. In the case of India, we see it in on occasion in the tier 1 cities, but at the mass level, India remains a male-dominated workplace. Much of the world mirrors India’s situation.

One of the big catalysts for any social change is sports. Sports is often a reflection of society. The story of Jesse Owens defying Hitler’s theory of white supremacy is legendary. So is the integration of black people into South African sports teams, which culminated in its glorious peak in the 90s as the Springboks lifted the Rugby World Cup.

To change the mindsets towards gender inequality, society needs sports to set an example. India maybe cricket crazy, but when we talk of the world, the examples need to come through football. The beautiful game is the most watched, and most played sport on the planet. People who have been watching this year’s FIFA World Cup will have fresh memories of the emotion football can elicit, and the influence it has on society. France’s 1998 FIFA World Cup win achieved something that has not been done before or since – unifying the French nation of “black, whites, and Arabs” as one.

The battle for gender equality needs football to come through as a shining example. The gap between men’s football and women’s football is huge. Neymar and Messi, the highest paid players in the men’s game earn more in a day than what most professional female players earn in a week. This huge pay gap is a reflection of the revenues generated by the male and female divisions of the football industry. However, it ignores one detail. Male football has reached a high level of skill and popularity due to years of investment into the game, while, for years, female football has been an afterthought.

Progress is being made – For example, Manchester United, arguably the most storied, and the most popular football club in World finally came out of the Jurassic age and launched their female football team. Such an act has served as a huge fillip to the female football industry. Now young football crazy girls could dream about representing the famous red shirt of United. Other positive trends have included the increased viewership of female football over the years, which can be seen in the image below:

For this author, gender equality would truly be attained in sports if the common fan could answer these two questions without the answers being Messi/Ronaldo for the first question and Tendulkar for the second question:

Instead, if fans are easily able to recognize and recount the contributions of famous female sports stars such as the brilliant Brazilian footballer Marta and the Aussie cricketer, Belinda Clark, we will truly have attained a state of gender equality in sports while creating role models in society. 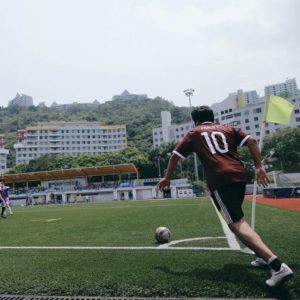