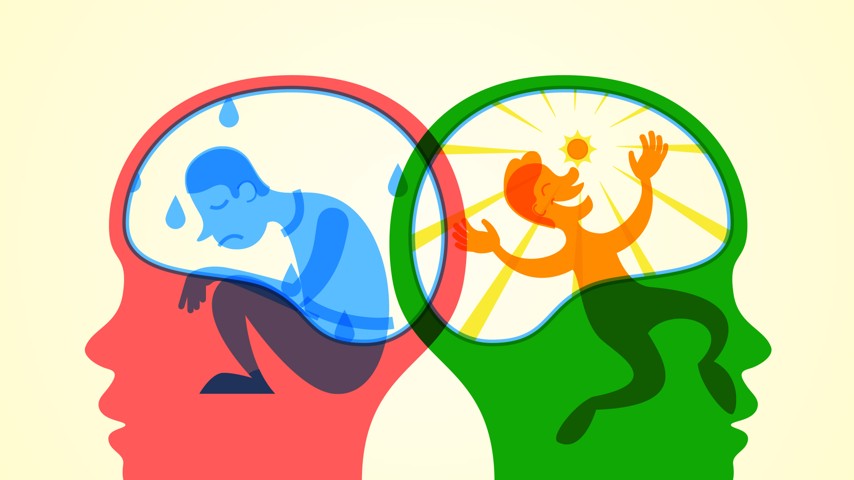 I am crazy and I am proud of it

Mental health issues are one of the least spoken topics in the general society. Maybe second only to topics like sexual awareness and People associate mental health issues to words like madness, weird, oddity, crazy and other similar terms. There is a prevalent line of thinking among people who believe that anyone who goes to a psychologist is definitely crazy and has gone bonkers. In fact this feeling even comes out as fear towards people who live a secluded lifestyle. There are many such common set of beliefs that people generally have towards those who come forward with their mental issues.

I would like to start with first defining what really is a mental health issue before moving on to how it affects people and what is the perception that people have about such things.

Mental illness refers to a lot of disorders that affect your mood, thinking and behavior. It causes mild to severe disturbances in thought or behavior, resulting in an inability to cope with life’s ordinary demands and routines.
It is very hard sometimes to distinguish between general sadness and anxiety, with a pattern of behavior that point towards a mental illness. This is the reason why most of the people who face such issues are never diagnosed. And such issues often fester within people for a long time, sometimes coming out as random bouts of crying, feeling of hopelessness, looped thinking process and unexplained anxiety. And if such people are not identified and help is not extended then there is a high chance that such people will find it very hard to cope with the daily problems that life puts in front of them. There are many kinds of mental health illnesses that people often ignore as the side-effects of their hectic life schedule. Nowadays people are more prone to getting affected psychologically by the daily events. Let me try and bring things in perspective for you.

I hope you notice how this line of thinking is causing self-harm to the individual. This pattern of thinking has now become a part and parcel of everybody’s life. People feel this need for attention and acknowledgement because that is how people are measuring their self-worth in. People are caught in a vicious cycle that demands them to showcase a lifestyle that is probably a complete sham.

Mind you, I am not blaming social media here. Social media is simply a tool. What I am trying to draw attention to is the fact how the smallest incidents are now causing panic and anxiety among people especially the youth.

Imagine the exam times when everyone is put under the immense stress to perform and get the best grades. Or think about the college placement season when everybody is getting placed and you are probably falling behind. Think about the time when you are probably rejected by someone you love. All these things are what the current youth is facing on a daily basis in some form or other. And since people are pegging their self-worth to such things there is a general trend where people associate themselves to be good for nothing if they are unable to get these things.

The world is not an easy place to live in. But we forget that it is us who make the rules. It is we who choose what happens to us. We get so caught up in all this, we pursue this illusion that we forget to savor the things we have.

I am not somebody who has his life sorted and has never been through any hardship. And I cannot say that I have not pegged my self-worth to such meaningless things. I have also been a part of this rat race where I was pursuing things that were not all important to me. I have fallen many times, gotten up and then continued to chase the impossible again. I have been at positions where I was hungry for attention and I manipulated things to suit me.
But thankfully I reached a point where I could not allow myself to fall any further. I reached the point where I became self-aware of how things were controlling me. And then I took some hard decisions on who I was and who I want to become.

When you put your life into perspective and think about all the years that you have. When you allow yourself to grow into someone better than yesterday that is when you give yourself the freedom to come out of this redundant thinking of hopelessness, panic and anxiety.
I am not trying to say that you should ignore your mental issues. In fact I want you to reflect on them. I want people to accept their problems and work actively towards understanding it and finding their own way to come out of it.

I have read many blogs and watched many videos about mental health issues but I could never understand it until I was faced with it myself. I was then able to empathize with others in this regard and talk with better relatability about these topics.

From personal experience, I can tell you that it is very hard to talk with people who are facing such issues. Reason fails in these situations because the individual’s mind is tormenting the person with questions about their self-worth and self-esteem. Self-confidence goes out of the window really early. You might find yourself in situations that you have never been prepared for ever. But I request you to not lose hope. Give the person a listen. Hear them out. People who face such issues usually need someone to hear them out. They don’t need pity or sympathy or fake assurances. Sometimes just letting them know that they are not alone is the best thing you can do for them. Don’t start advising them or ranting about how wrong you think the other person is. They have their mind doing that for them.

At the outset I would like to say to the people who face such issues, please accept who you are first. I request you to accept who you are, your flaws and your strengths. Give yourself lots of love and care for making it till here. Don’t give up on yourself. And take things one day at a time. If your mind wants to panic, then take a step back from what you are doing. Try to clear your headspace and try to understand the why behind your thinking process. And know that you are not alone!

He is a writer by heart and an engineer by chance. He loves to write poetry, read novels and is a staunch believer of the Macro.