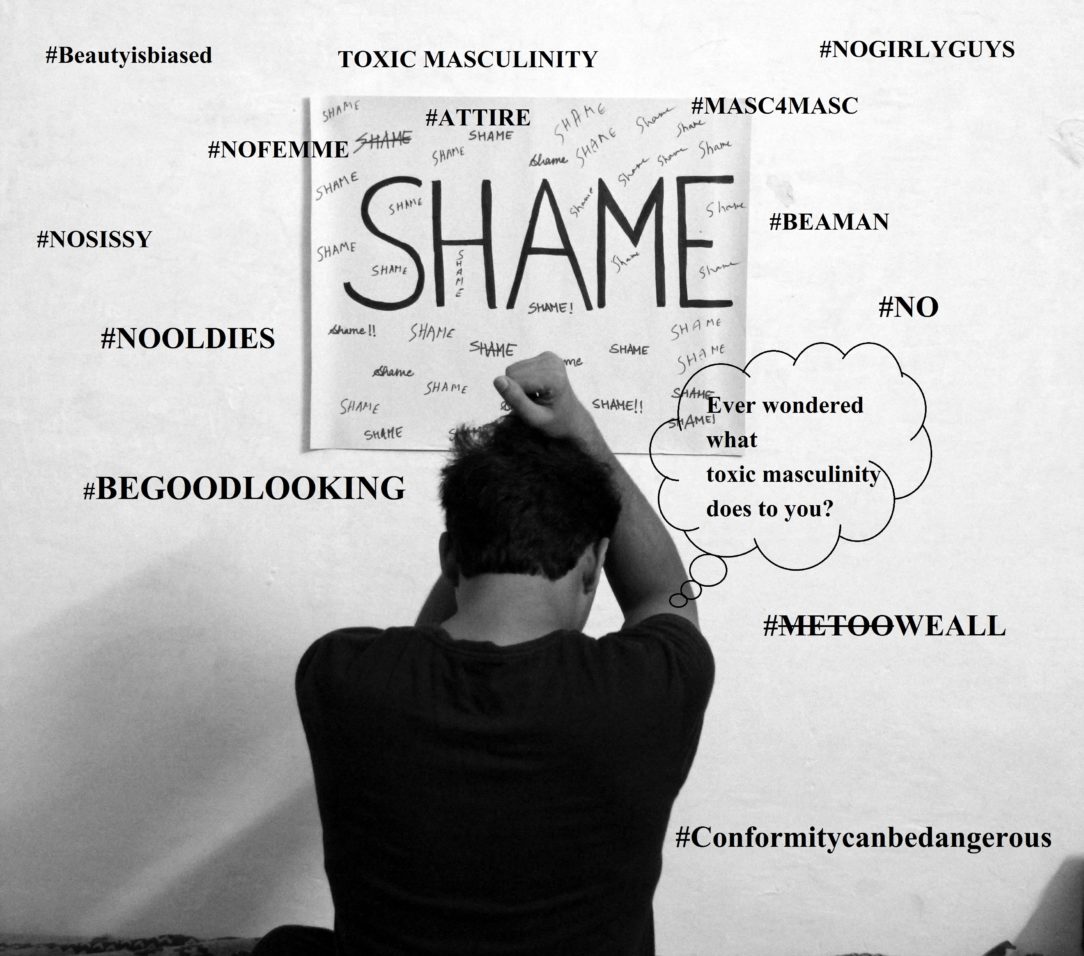 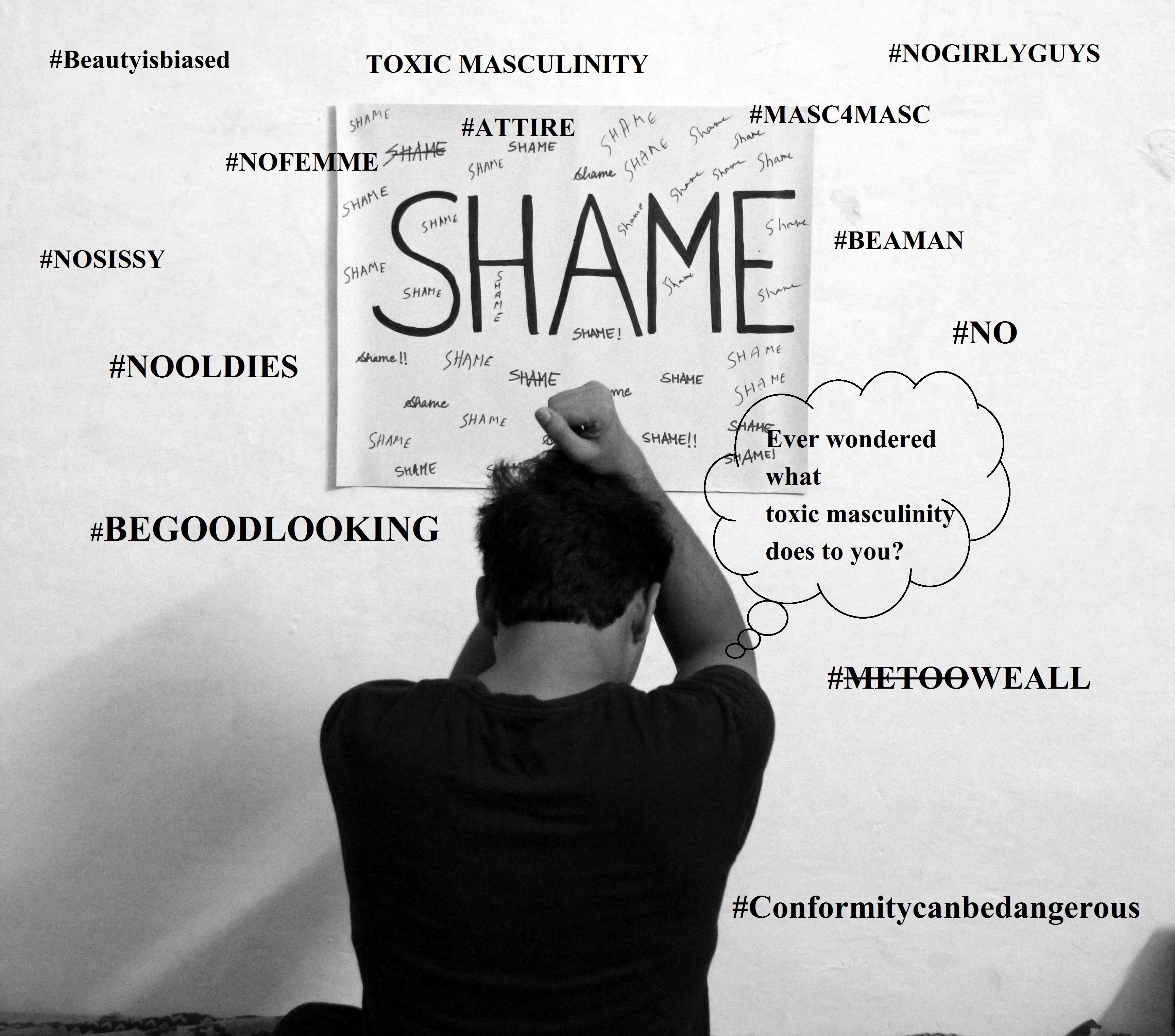 When we met for the first time

“I have no problem with ‘them’ but I would not like to associate myself with them” – First statement he made when we went for a chai date, “I mean you understand right!”- He sought some support.

When we bumped into each other again

Two months later, at some house party – post Orlando shooting – “The Indian government is so useless! Modi sent his condolences for the Orlando shooting victims to Trump, but what about us? The government should remove article 377. We are humans! We have rights!” #Gayliberationnow

As I was downing my vodka

Two beers down (him) – “I hate it when gay people wear shiny, clumsy clothing, wear tight jeans, feminine clothing…they are portraying us badly in front of people. I mean pride marches are a sign of celebration! Why do these people have to ruin it? We need to impose some rules on attire. Why can’t they wear some subtle, nice clothes? Look at Violet Chachki (an American drag queen), s/he is so pretty in drag and out of drag.”

When I saw this profile (there were many)

Bio on Grindr (A dating app for gay men) – traveller, explorer, here to meet new people and see where it goes. A big no to sissy, fatty, uncles. If I wanted a girl I would not have been seeking men. I am a man and I need a man” #masc4masc

“Gay men should be like us. I mean I can take you home and my parents will accept you. You are not a sissy guy.”

The ‘he’ in the conversations above is not just one person, but an ideology which flows in the gay community with very few objections. I have never said that I am a perfect queer being with no faults. My inner transphobia went through multiple stages before it was finally removed. But are we all ready to go through these stages and reflect on our own behaviour? I remember on a LGBT group, ‘Harmless Hugs’, a person posted about how during the pride walks, people (especially men) willing to wear ‘female’ attire should carry themselves nicely. This comment was received with agreement and disagreement alike with mostly questioning over attire and beauty standards. In my opinion, every person who said absurd things on that particular comment needed to be metaphorically slapped to be made to deconstruct how problematic the relation of attire is to heterosexual ideas of beauty. During Pune Pride, when a similar question resurfaced, I wanted to give myself a nice face-palm.

On November 12 th 2017 (coincidentally, it was my birthday) Delhi organized its 10 th Pride Walk. The shouting on “Konsa Kanoon sabse badtar- 377” (Which law is the worst – 377) was high, but veiled transphobia or fem-phobia was much higher. I am pretty sure that many people within the LGBTQIA community are aware about this issue and have been speaking up against it, but I am going to scream and cry about it nonetheless: how are most men willing to fall for hunky Instagram models while giving ‘fuck off’ emojis to the ‘feminine boys’. Why do we never raise this issue with the Grindr app? As we are aware about the controversy in the West where queer people demanded that Grindr take strict action against people writing ‘no Fat-Femme-Black-Asian’ on their profiles. When are we going to raise our voices against such profiles? Are these just choices? One of my friends said that one should have the freedom to choose who one wants to love or have sex with. There is nothing wrong with falling for masculine men, but shaming other queer individuals in the name of masculinity and manhood is ludicrous. Is it okay to shame people for the colour of their skin (we are #brown, not white), their expression of sexuality, their body and the sound of their voice*?

It is time we address the fact that deep down, we have caste biases, where we mostly seek upper- caste guys, because demeaning non-upper caste folks is fun. We seek people who know how to dress well, because #ManishMahlotra. We seek upper class people because we want to feel exclusive enough to be able to pay extra for a table in the non-smoking zone in Kitty Su to enjoy a white, Americanised drag show performed by Alaska Thunderfuck (an American drag queen). How are we going to raise slogans about equality and parity with heterosexual structures when there are clear demarcations within our own community? I feel sad, angry and disgusted, this is exactly what toxic masculinity does to you.

Yet, I want liberty and equality for all, while plotting my next allegorical slap directed at these absurd people; a slap that may shatter their false ideas of gender conformity and delusions of fabricated equality. As a queer individual with a clear understanding of politics, I definitely want to see all of us getting equal rights enjoyed by any other person in our country. But before that, we need to figure out whether we want to confine our identities under the boring umbrella of heteronormativity, or do we want to stand out? The question has many sub-questions and it’s up to us to decide how we want to address them so as to give the Delhi Queer Pride a deeper, more authentic meaning.

*apparently someone said that that he will always speaks to any Grindr dates on the phone before meeting them so that he can figure out whether they are masculine or feminine.