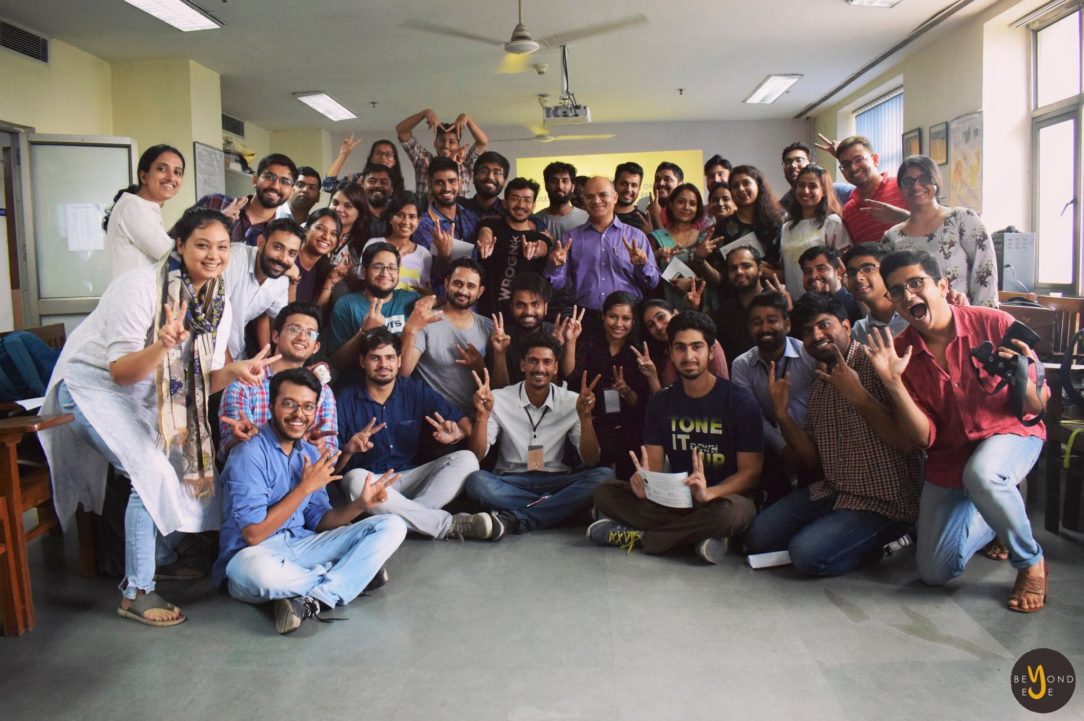 Between July and August 2019, Beyond Eye conducted a series of workshops on issues relating to adolescent reproductive and sexual health with young doctors at the Vardhman Mahavir Medical College and Safdarjung Hospital, New Delhi (“VMMC”). The participants were either medical interns or post-graduate students, ranging between the ages of 21 and 29. There were a total of 8 workshops with 41 participants conducted in this period. The sessions were conducted by members of Beyond Eye, faculty from VMMC and external facilitators from organizations such as Nazariya.

The conception of this program finds its roots in the challenges faced by the youth in India. Often, the issues faced by this section of the population is overlooked, especially when it comes to their inability to access essential services, both in an urban and rural settings, across the country. As per the National Youth Policy, 2014, “youth” is defined as those in the age group of 15-29 years. 27.5% of the Indian population falls under this category. The youth face a lot of challenges which are compounded by their heterogeneity as a group and the diverse cultural backgrounds they come from. These challenges include lack of knowledge or access to important sexual and reproductive health (“SRH”) information, a lack of agency and decision making power, restrictive gender norms, a prevalence of child marriage, teen pregnancy, restricted access to services and affordable contraception and a prevalence of gender-based violence, among many others.

Given these cultural barriers, an astounding 75% of youth remain poorly informed and in some cases completely unaware of their sexual and reproductive health and rights. Unfortunately, social stigma limits the youths’ knowledge of SRH issues. Parents, teachers, health service providers and other gatekeepers are largely unwilling to have an open and non- judgmental conversation with the youth under their care about sex, because of the taboo surrounding such issues.

In India, less than 1% of youth reported that a parent had discussed reproductive processes with them. At the same time, the introduction of health education in schools is controversial. For example, the Adolescence Education Programme (AEP) that championed Comprehensive Sexuality Education (CSE) within schools was banned in six states as soon as it was introduced in 2007. This vacuum of safe and trusted sources of information often results in youth acquiring information about sex from unreliable and often inaccurate sources such as pornography, the internet, mainstream media, television serials and movies. As a result, the youth subscribe to misleading notions of sex, sexuality, consent, relationships, gender norms, body image and pubescent changes. Pressing issues such as contraception, child sexual abuse, intimate partner violence and risks of early pregnancy are not discussed leaving the youth with several misconceptions about sex that severely impact their sexual and reproductive health.

These issues are also compounded by the inaccessibility and often, paucity of professional willingness and help. Lack of privacy in government hospitals is often a barrier for the youth to be open about their problems in front of doctors. The doctors’ assistants and other non-medical staff often decide and discuss the young patient’s issues conversationally and nonchalantly during the consultation. The judgmental attitude and lack of privacy make the young patient feel extremely uncomfortable resulting in their reluctance to ever come back for a consultation. It is the health service provider’s judgmental attitude and imposition/display of moral values that affect the quality of services they provide to young patients. The government has decided to make Adolescent Friendly Health Clinics (“AFHC”) for easy accessibility of young patients. However, due to huge rush and non-compliance, the AFHCs are not being set up and operated as per the norms.

Therefore, it was realized that it is imperative to spark a conversation in this gap that exists between adolescents and medical practitioners. For this to come to fruition, the intervention was sought to be made at a stage when the doctors are still under training at their respective medical colleges, at whatever stage. Through exposing these young doctors to discussions on gender, sexuality, contraceptive choices and abortion rights, among many other topics, an understanding of human rights was sought to be imparted as these issues form the base of SRHR itself. Experientially, it has been realized that whenever such interventions have been made in the past, such issues have hardly been touched upon. Moreover, to borrow a quote from one of the participants from the program, “the questions/lack of knowledge/prejudices amongst the doctors/medical community is not only because of innate misunderstandings/ biases but also because of their medical education “. Hence, there exists an actual gap between what adolescents expect from doctors and what their training has been and this is what this program eventually seeks to do: bridge this gap. By training young doctors on the issue of adolescent SRHR, the capacities of these young doctors are sought to be built so that they can deal with adolescent related SRH issues enabling them to tailor their interventions accordingly.